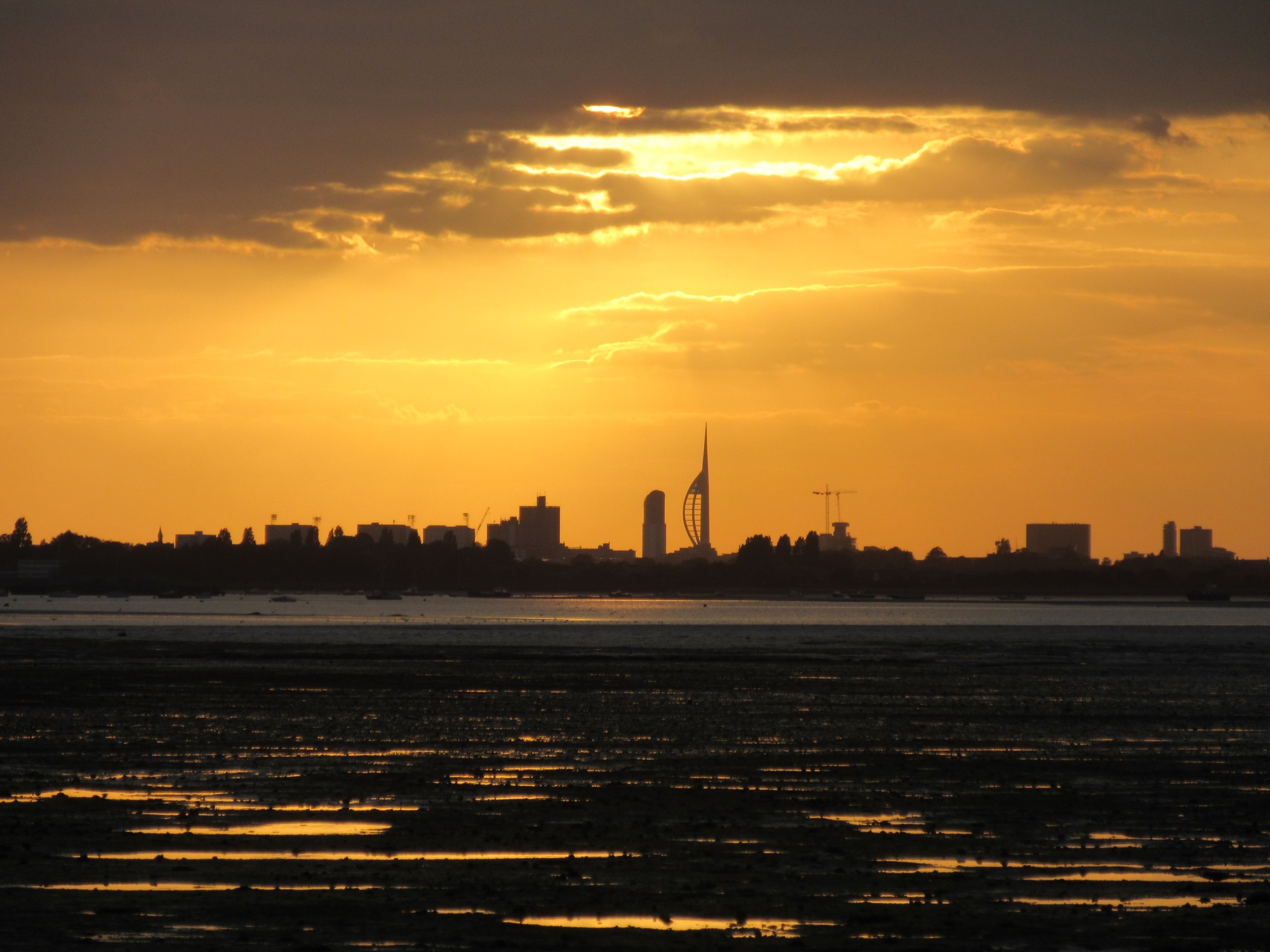 The Shipwrights Way wasn’t a trail I’d heard of until earlier this year when my friend and microadventuring buddy Andy sent me a link to the route details. Possibly it’s overshadowed by its longer rivals the North and South Downs Ways and even perhaps the shorter but more accessible Downs Link running through Surrey and Sussex. However, this is a little gem of a trail and I suspect relatively under-travelled in its entirety, although various sections are obviously well used by the communities living close to its many varied paths and tracks. The variety of surfaces, I think, gives it quite a unique charm. What starts with forest fire roads soon gives way to bridleways with varying substrate and technical difficulty before narrow country lanes, disused railways and cycle paths become the norm. To cycle the whole trail you are really looking at using a mountain bike or a cyclocross bike shod with grippy rubber.

A collaboration between Hampshire local authorities, the Forestry Commission and the South Downs National Park Authority, the Shipwrights Way stems from Tudor times when timber was the primary material for boat building down in Portsmouth and the trail charts the course the timber would have made from the forests around Alice Holt down to the coast. Through various sculptures dotted along the route, it also pays homage to other influences on the landscape such as the Roman Empire and our own military.

Our plan was a simple one. Bikepack the length of the trail to Hayling Island (from its start in Bentley), find somewhere to bivvy over and cycle back the following day. As it turned out we were hugely lucky with the weather and what had started a very wet and dreary week, ended in spectacular fashion with clear blue skies and warm sun for the whole weekend.

Much like our Gravel Dash adventure back in May, we weren’t in any great rush to make the end of the route, save for needing enough daylight to find somewhere to sleep for the night. As it was we arrived on the main beach on Hayling Island around 4pm to enjoy the last throes of a beautifully sunny and warm day. From there we continued to scope out some possibilities for a quiet bivvy spot (and some likely fishing locations for the next morning) before picking up some excellent fish and chips and retreating back up the Island towards our favoured pitch. After watching a seriously impressive sunset we hauled ourselves into our bivvy bags and got some well-earned rest.

Sunday started with an equally impressive sunrise and it wasn’t long before it was streaming through the few trees we’d slept amongst, away from prying eyes. We packed up our kit pretty quickly, opting to head for the beach for a spot of porridge and tea. Sheltered from the wind by a conveniently shaped sea wall – and aided by a low enough tide – we basked in the sun’s rays for a while wondering if there was a better way to start a day.

We finally dragged ourselves off the beach, largely due to the encroaching tide, and cycled down to the end of Ferry Road where we spent a little time fishing using a telescopic spinning rod I’d managed to strap to my bike. Not content with our first effort at the mouth of Langstone Harbour we cycled back up the Hayling Billy trail – the disused rail line running the length of the Island and now multi-use track – to try our chances off the rocks by the road bridge crossing.

With the fish living to fight another day, we packed up our minimalist tackle and headed for home. Typically we found ourselves going into a headwind but despite this we made swift progress, deciding to cut out a few sections of the true trail including the route back through the Queen Elizabeth Country Park (see my route comments below). We lunched at a café in Petersfield and from there we retraced our tracks back up to Bentley, again making one or two alterations to the main route so as to avoid climbs through Alice Holt Forest.

Arriving back at Bentley rail station we both felt a real sense of achievement (neither of us were firing on all cylinders over the weekend) and also that it had been a great adventure. Clearly these types of trips take a degree of planning – I think I’ve got my kit list largely sorted now – but what I really love are the unknown elements. Where exactly will we sleep? What will we see? What will we encounter? Who will we meet? Looking back at our bigger trips this year such as our Gravel Dash adventure in May and our Summer Solstice trip in June, it also never ceases to amaze me quite how much fun you can cram into a relatively short space of time. And that’s the beauty of a microadventure; whether it’s undertaken over a couple of days or a few hours, something memorable will happen because you’ve made time for it to happen. After all, finding time is the biggest challenge for us all.

Although this is a way-marked route and, in general, it is well signed – the small ‘ship’s wheel’ markers appear on posts and telegraph poles and on much bigger blue signs around the larger towns of Petersfield and Havant – I would strongly recommend taking the freely available route cards and a corresponding OS map. One small section in Alice Holt Forest could be better signed and section 4 is still not agreed – I understand talks are ongoing with the MoD over land access – and the markers run out well before the end of section 3 possibly as a result. We linked to section 5 (joining at the Deer’s Hut pub) via Hollywater Lane and some pretty boggy bridleway before crossing over the A3 and dropping down to the pub.

My only other comment on the route would be about the rather unnecessary* series of climbs and descents around the Queen Elizabeth Country Park that move you from section 7 and into 8. Once you’ve climbed out of the village of Buriton via a steep path through the chalk pits, the route takes you straight across onto the South Downs Way into QECP before descending to the visitor centre and picking up the Staunton Way which then takes you back up a significant climb before dropping you on to New Barn Lane, the road you pop out onto after exiting the Buriton chalk pits. The route cards seem pretty good at pointing out alternative routes so it’s a bit strange that this road option is omitted. On our return trip we continued the full length of New Barn Lane (coming up from the village of Finchdean) and it was so much better than slogging up twice through QECP.

* Perhaps I should say that QECP is home to a series of purpose-built mountain bike trails so if you are looking for some thrills and a chance to escape the fairly benign nature of the way-marked trail then it’s a route worth taking, but think twice if you are carrying a bike load of kit!

Here’s a short video of our adventure.

One thought on “September’s microadventure: The Shipwrights Way”