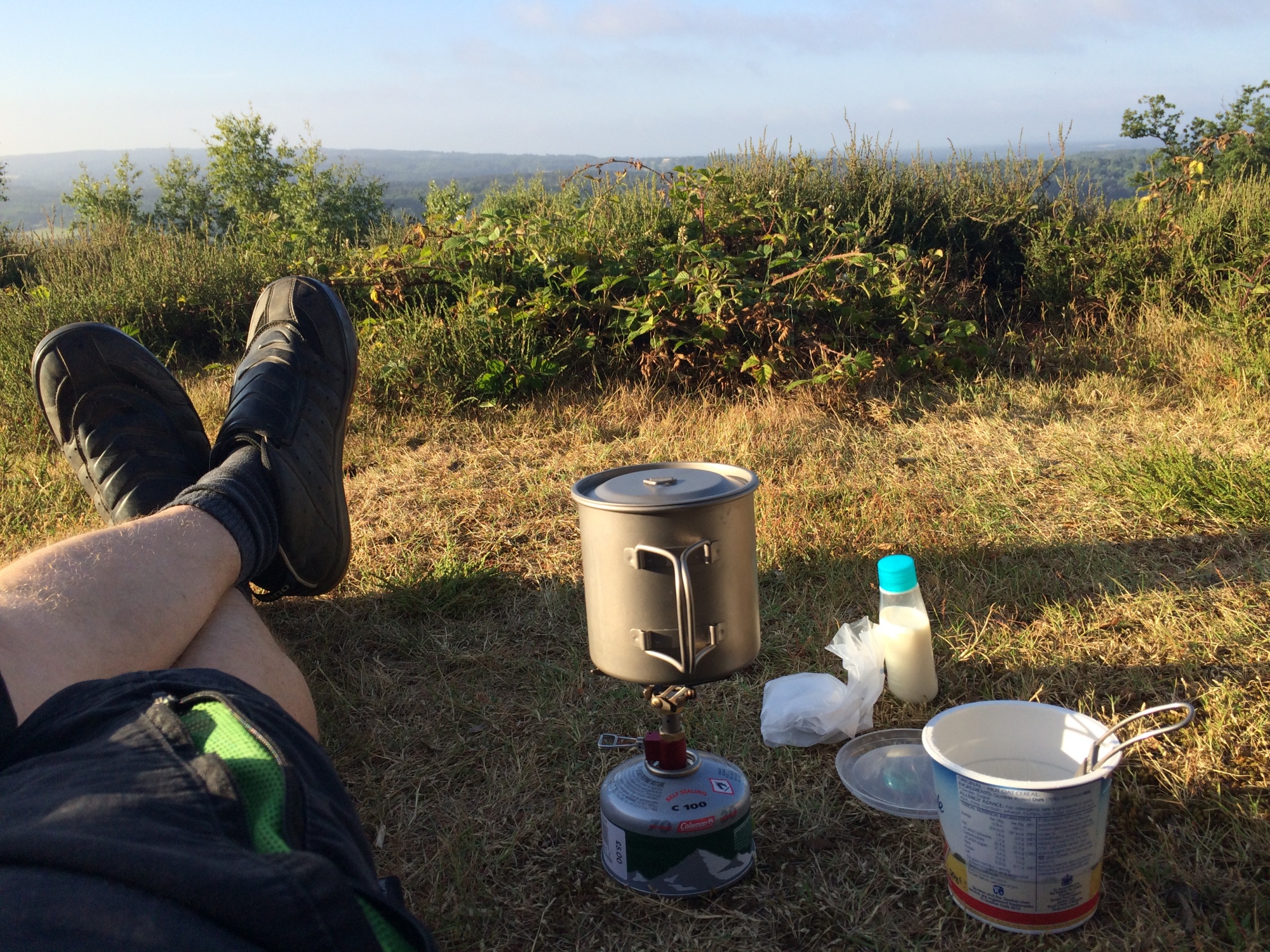 As it transpired, and somewhat by accident rather than design, words and places beginning with the letter ‘s’ were rather central to proceedings on our Summer Solstice microadventure.

The core elements of our adventure were to sleep on a hill (in the form of St Martha’s near Guildford in Surrey) and take an early morning swim in the nearby river. Simple.

Here’s a few more ‘Ss’ that were pivotal in creating a very memorable adventure:

Sixteen. The number of hours we took on June’s microadventure. In hindsight this probably represents the perfect balance for bloody good fun and matrimonial harmony.

Summer. Whether you go by the Met Office definition or the sun’s natural positioning, there was no denying what season we were in for our latest adventure; the weather was glorious. Best experienced on a hill, eating curry, drinking whisky and watching bats in the sunset.

Singletrack. We stumbled across a cracking little trail in the woods as we sought out a better view of the setting sun behind us, and for an hour we forgot our age and larked about like ten year olds again!

Sleeping bag, stars and space station. Few things beat lying in your bag and staring at the universe above your head. The stars are SO much brighter away from all the light pollution. And we were treated to the ultimate fly-past from the International Space Station to boot!

Silence. No garden parties, no car alarms, no alarm clocks. Just the faint rustle of my bivvy bag hood in the gentle breeze. Bliss.

Sunrise. At this time of year, not all that long after sunset!

Strangers. As it turned out we weren’t the only ones on the hill that night. A father and son had slept on the other side of the church, ahead of walking the Downs Link to Shoreham. It was great to chat to some like-minded microadventurers for a few minutes and plant some seeds for next year’s adventures.

Swimming. After breakfast we made our way a couple of miles west to the river for an early morning dip. It was a beautiful morning for a wild swim and it didn’t take us too long to get acclimatised to the water temperature!

Simple, straightforward, stress-busting smiles. For those few hours I could have easily been a character from the imaginations of Arthur Ransome or Willard Price, but the reality was I was just me; a husband, a dad of two, an office worker, someone with the usual pressures of life. And that’s the beauty of a microadventure. It doesn’t take much effort, imagination or travel to immerse yourself in a world away from the stresses and strains of modern life.

Make a plan, stick to it, take a friend, pack a few essentials and then leave the rest of the magic to evolve.

If you haven’t camped out in the wild before, then why not change that in July? It really will give you an entirely new perspective on life.

Here’s a short video of what we got up to in June.